Since every website needs a name, Dr. Steve Baba has written a free ebook that will help you obtain a brandable, memorable domain name at a reasonable cost, which will contribute to your brand equity and profits. The ebook, downloadable from Seemly.com, explains how to select and buy an elite domain name. You will be able to obtain a better name than your competitors have.

There is no need to pay more than a few thousand dollars for a great one-word domain name, and many good domain names are available for free. This book provides you with the information needed to beat domain name speculators at their games.

The second half of this book explains how to buy a great domain name. Auctions, expired domains, speculators, and other sources are discussed. Finally, many other topics are expanded on.

Steve Baba has a Ph.D. in Economics and ebusiness experience. The ebook on domain names is available at http://www.seemly.com , for free. No registration is required. The ebook is a PDF file of approximately 250K. The free ebook is advertising supported. The following paragraphs are book excerpts. Generic names, arbitrary dictionary words, coined or made-up words, modified generic names (generic plus) and unrelated two-word names are quality domain naming strategies. But, each quality strategy has strengths and weaknesses. There is no such thing as a perfect name.

The generic naming strategy is virtually never used offline, but a very few small stores do business under generic names such as the "Mattress Store" in Annapolis, Maryland. Offline, anyone can use the same generic name and open a store name "Mattress Store." Online, ownership of the domain name MattressStore.com can only prevent competitors from using the same exact domain name.

Since, generic names cannot be trademarked, competitors can use Hotels.NET, Rooms.com, Hotelrooms.com, Motels.com, Hotel.com (singular), Inns.com Hotels.us, and so on. Often, there are a half dozen simple generic names for each industry not to mention generic names with a prefix (e, i) or suffix such as eHotels.com.

Since competitors can use similar generic names, developing a distinct, memorable brand is difficult. Memorability or the need to spend less on advertising is often an argument for high domain name prices – but this argument is only half true. At the same time, with only a few first-rate generic names in each industry, the generic domain names may be unavailable or overpriced, and are rarely bargain-priced. A generic name also hampers brand extension beyond the generic category – Hotels.com selling plane tickets?

Another quality strategy is unrelated, arbitrary dictionary words. Examples of unrelated dictionary word names include Amazon.com Yahoo.com, Google.com, Target and Staples. Both the words yahoo and Google are in the Oxford dictionary, but were rarely used prior to becoming famous brands.

Compared to generic names, it was not immediately obvious what business Amazon, Yahoo or Google was in. On the other hand, Yahoo can legally prevent competitors from using similar names such as FreeHoo via trademark laws.

SearchEngine.com would be the generic name for Google. "Fast" and "All The Web" are used as trademarks by another search engine. But "fast" and "all the web" are not unrelated or arbitrary. Other search engines can also claim to be fast, speedy, quick, the entire web, or something similar.

The key to having the most trademark protection is to choose an unrelated, arbitrary word. Descriptive words, such as fast, are unlikely to earn much trademark protection. Instead of fast, it may be possible to use a suggestive name such as jet, rocket, or race.

Coined or fanciful words are words such as Exxon or Kodak that had no prior use. In theory, coined words are the best from a trademark-legal point of view, since no one has used the word before. Ideally, a coined word is totally new and unrelated to any other word.

But, memorability requires a short name, which has led to a number of similar coined names such as Duron, Enron, and Micron, which diminishes the legal advantage, since confusion is possible. LexIs sued LexUs.

With a supply of thousands if not tens of thousands of short, coined words, it is always possible to find one for a few thousand dollars or less – often free.

Because of the lack of trademark protection for generic names, the lack of distinctiveness, and the cost of many generic domain names, many businesses have used a "generic plus" or "modified generic" naming strategy.

A prefix, suffix or second word can be added to the generic name. Examples of this are Carmax, CarMart, eCars, CarDepot, CarOne and CarLand.

The generic plus strategy is often an attempt to have the benefits from both a generic and a distinctive name, but may have the problems of both if one is not careful. At worst, it could infringe on someone's trademark based on the second word such as CarsRus or CarBay. The generic part of the word is usually trademark safe.

The main disadvantage is that two unrelated words are twice as difficult to remember as one. Two words that are commonly related to each other such as "happy birthday" or "hot wire" are easier to remember, but rare and may be as expensive as single words.

From a trademark viewpoint, it could be twice as risky. It could infringe on someone's trademark based on either the first or second word. If you are RedDog.com selling computers, either Red Computers or Dog Computers could consider trademark action against you. 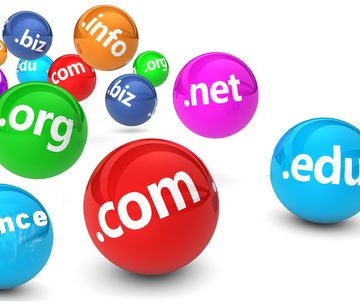